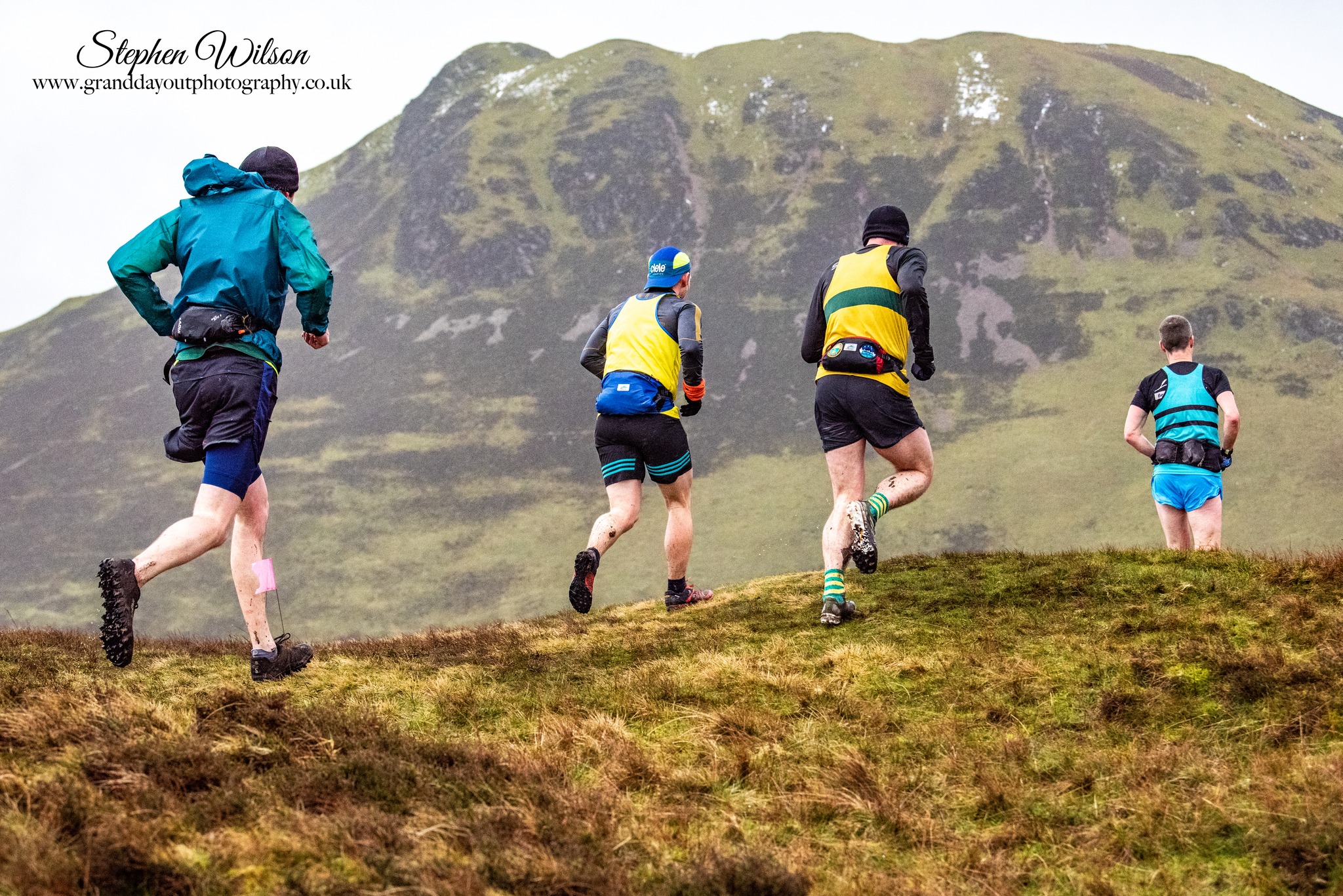 The third race of our Winter Series took place on a wet, cold and windy day in January. The night before, after flagging the course in snow and ice, the events team posted out on social media recommending runners to wear spikes to negotiate the tricky conditions. By 8am the next morning however, the snow had nearly all but gone! Spikes were no longer needed, just some warm gear and studded shoes with the ice now turned to mud!

167 runners set off from the bottom of Braithwaite Lodge lane with their sights set on Stile End, the first of the summit checkpoints. One poor Eden runner made his morning a little more stressful by forgetting his dibber – he then had to sprint up the lane ahead of the field to retrieve his dibber from the barn before waiting for all the runners to pass before rejoining the race – I’m sure he won’t forget his dibber again!

On the way up Stile End, Joseph Dugdale (CFR) was leading the pack ahead of Matthew Atkinson (Keswick AC) and Ben Sharrock (Ambleside AC). Stephen Wilson of Grand Day Out Photography was positioned here and took another set of fantastic race photos – thank you Stephen – and you can find them on his website HERE.

The leading 3 battled it out around the course with young Ben Sharrock posting the fastest descent of the day off Barrow and storming past Joe. This turn of pace led to him setting a new course record, beating Matt Elkington’s 2019 time by 15 seconds. Matt Atkinson posted the 2nd fastest descent including a few tumbles on the way down Barrow, resulting in his comical appearance at the end of the race.

The ladies race was led from start to finish by international superstar Victoria Wilkinson of Bingley Harriers who broke Sarah McCormack’s 2018 course record by over 30 seconds. The in-form Sophie Likeman (CFR) stormed round for 2nd place with Holly Wooten (Keswick AC) close on her tail in 3rd place.

Other records that were broken were the MV40 with Ben Abdelnoor (Ambleside) narrowly beating Phil Davies’ 2018 record, Jane Meeks (Borrowdale) the FV60 record, and the indomitable Wendy Dodds (Dallam) the FV70 record.

You can find the full results from S.O.B. and the current standings in the series so far HERE.

Many thanks again to our event team who, once again, battled the elements to provide a safe and enjoyable race for everyone. And to you all for coming along and supporting our Winter Series so far – see you at Clough Head!

Our next race in the series is Clough Head on Saturday 29th January. The penultimate race is a renowned and tough 5 mile route with a lot of climbing. Starting in Threlkeld Quarry, the route heads straight out onto the fell to begin the climb up to Clough Head summit – a total of 1870ft of climbing in a little over 2 miles. From Clough Head summit, it’s a flying runnable descent to the rocky summit of White Pike, before you pick the best line down to the gate and the quad track. From here it’s any route across the lower fellside back to the top of the quarry and the final sprint all the way to the finish at King Kong Climbing Wall’s workshop!

Entry to this and the final race of the series can be found at SiEntries HERE. 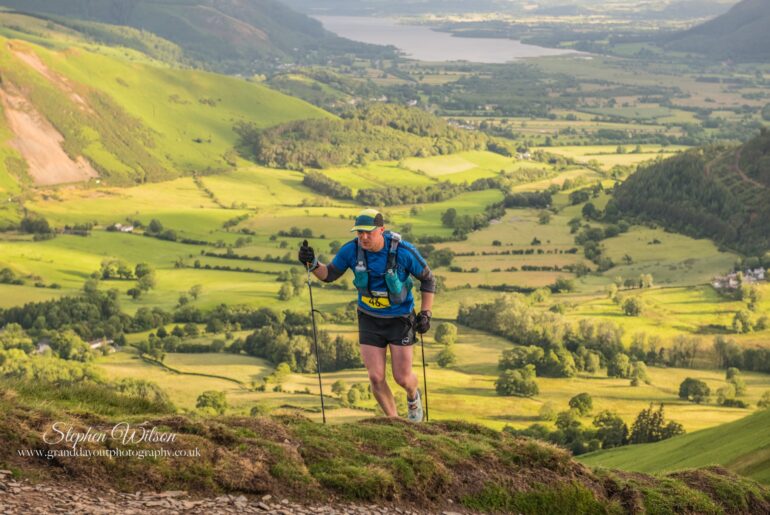 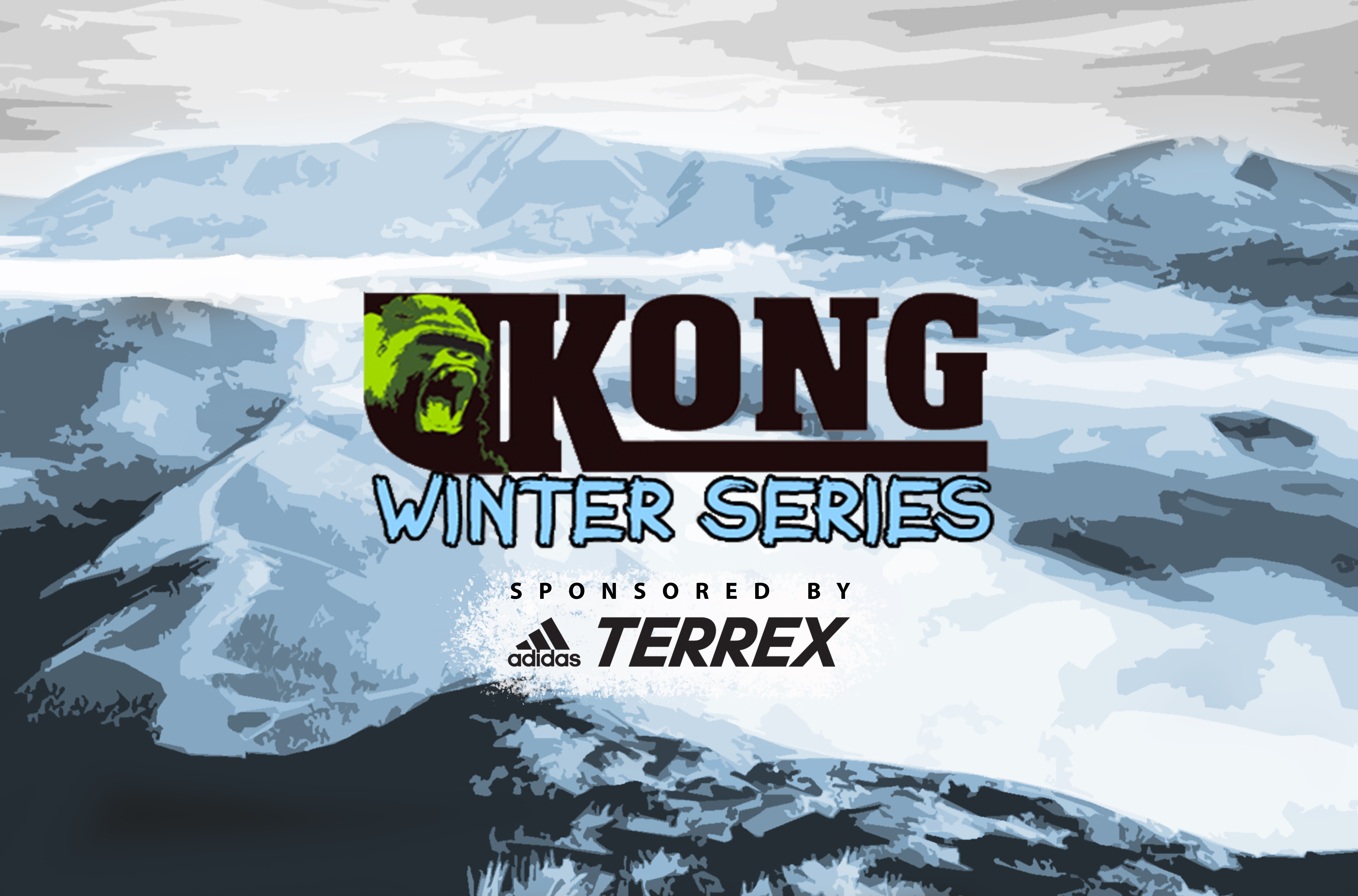 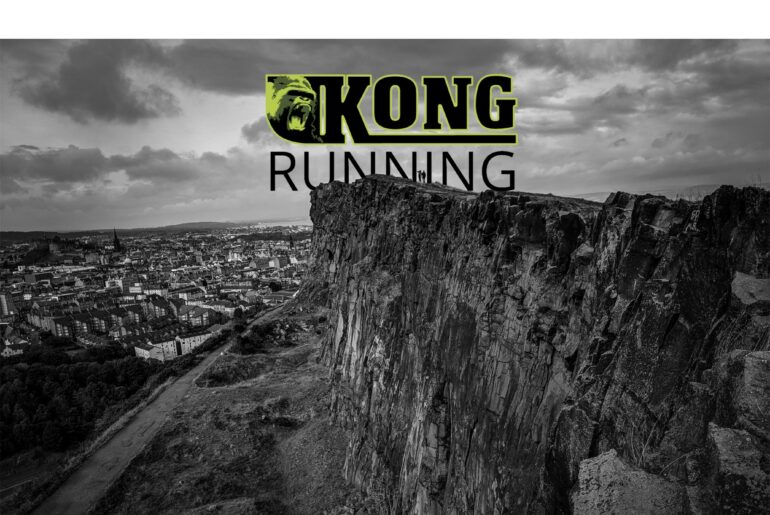